Tasty Meal Plan feature helps lead the users to a healthier lifestyle and be organized with their diet.

Study an existing application by looking into its primary goal, key features, interface design and interaction patterns. Through conducting user research and interview, the goal of the project is to design and prototype a new feature.

Tasty is an extension of the media company BuzzFeed. It produces viral food-related videos on several digital platforms and media outlets.

The application teaches users how to create a recipe with a step-by-step video, picture, and written instructions, including ingredient list.

In order to better understand Tasty's potential and existing users, we conducted an online survey to gather data surrounding cooking and eating habits. Our initial survey gathered a total of 39 responses, and found that none of the participants have ever used a cooking app nor heard about Tasty's app before.

With these research data, we then move forward with 6 participants who are welling to have an one-on-one video interview with us to gain a deeper understanding on their cooking habits. During the interview (through Zoom), we were able to observed how participants used the Tasty app as first time users by asking them to preform various tasks through screen sharing. We found that:

• Users are unable to edit and organize lists of saved recipes

From the research and insights collected, we gathered data to create a persona that would better represent our potential users as it provides information such as goals, motivations, habits and pain points. By establishing this persona profile, it helps us narrow down users' frustrations, and potentially design a feature / function for. 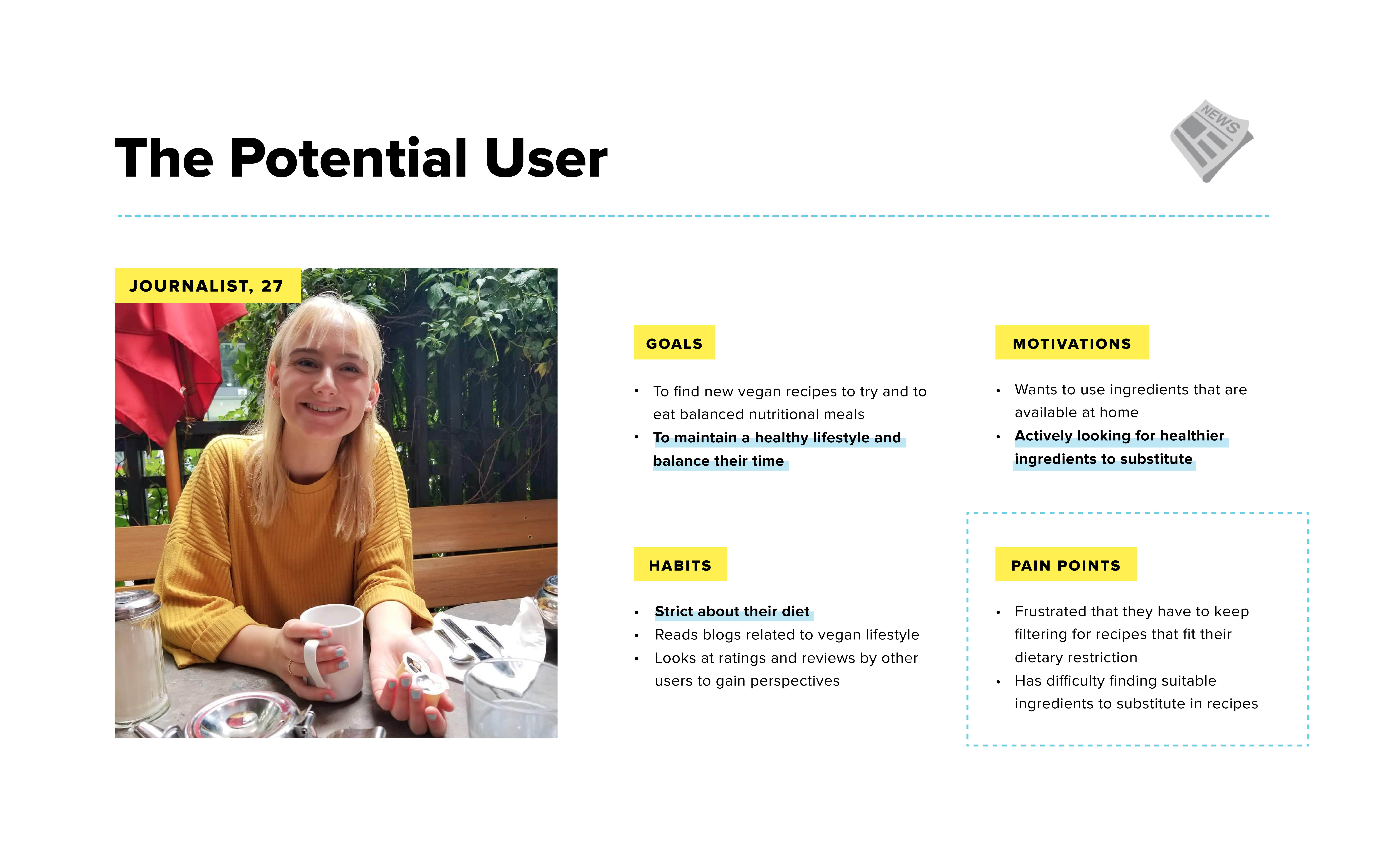 While we are looking for possible design opportunities, we asked ourselves “how might we improve the user’s experience by personalizing and catering to their needs?” With this initial framing in mind, we brainstormed as a group and proposed 3 featured with 3 different persona scenarios.

Looking at our potential user profile, we targeted the areas surrounding their diet and lifestyle. Although Tasty already has nutritional information for their recipes, our initial user testing participants reported that it was interesting to have but saw no further use for it within the app.

We decided to expand the function by introducing the Meal Planning feature which helps track calories and nutritional value for users. Additionally, users are able to organize and plan out their meals throughout the week. We created a mini persona to help us visualize the idea. 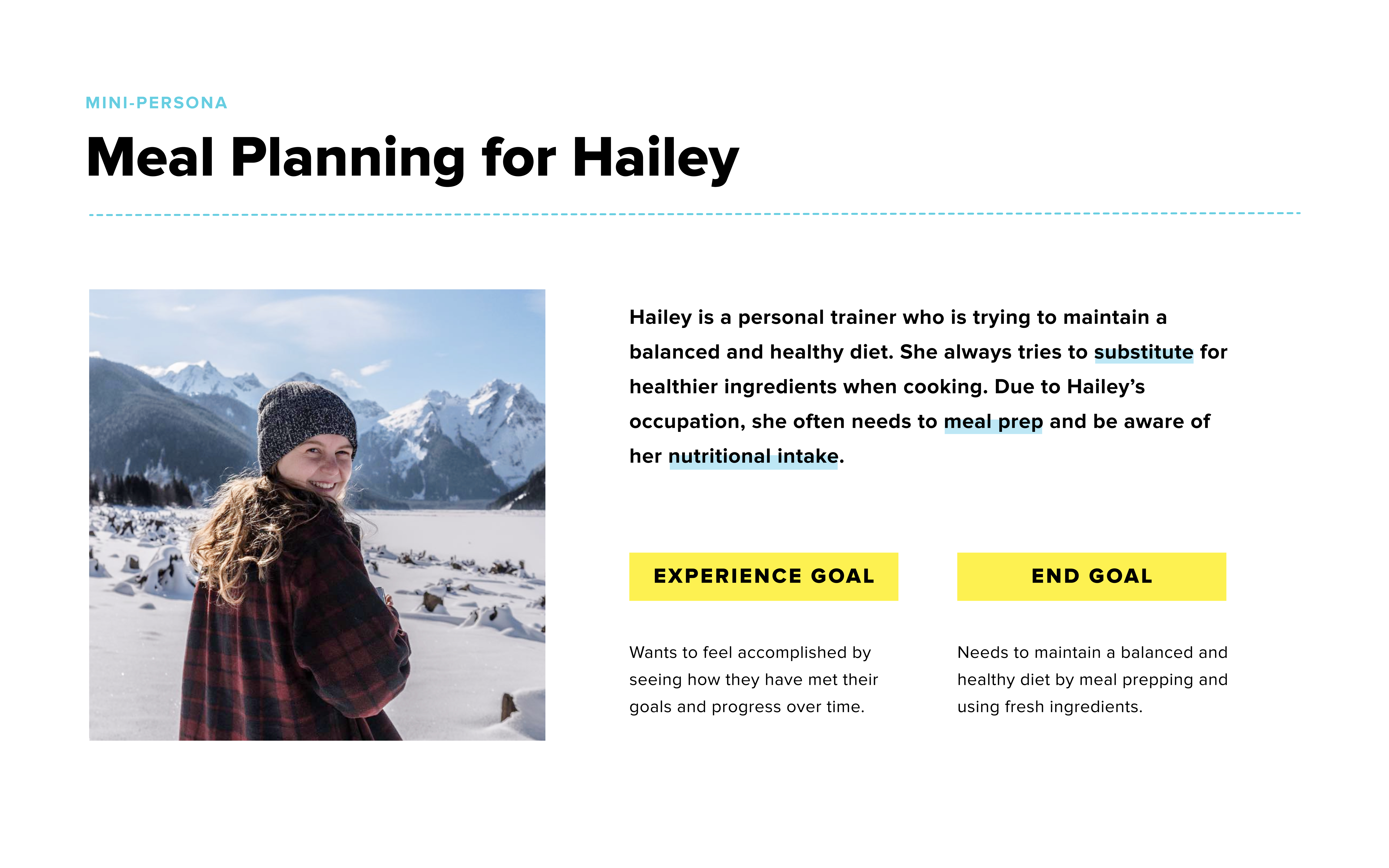 With Tasty’s Meal Plan feature, Hailey can easily see her progress by tracking her meals, specifically her calories. She is also able to substitute different ingredients and adjust to desirable servings in the recipes based on her preferences.

The user will be prompted to input their weight and height in order to get more accurate calories and nutritional goals.

The user can access a detailed report summarizing their daily, weekly, monthly and yearly dietary intakes as well as view their progress towards their goal over time.

The weekly planner function aids the user in organizing their meals, where they can directly search for a Tasty recipe.